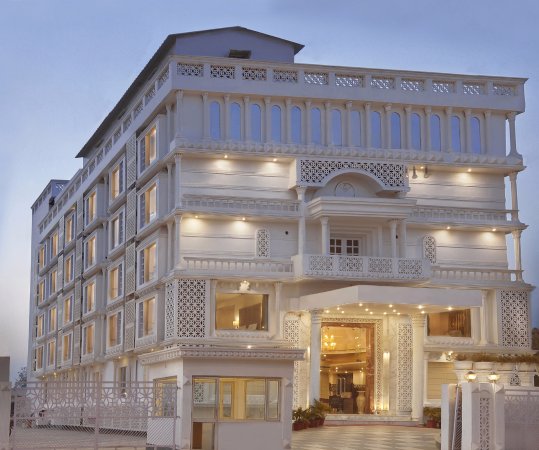 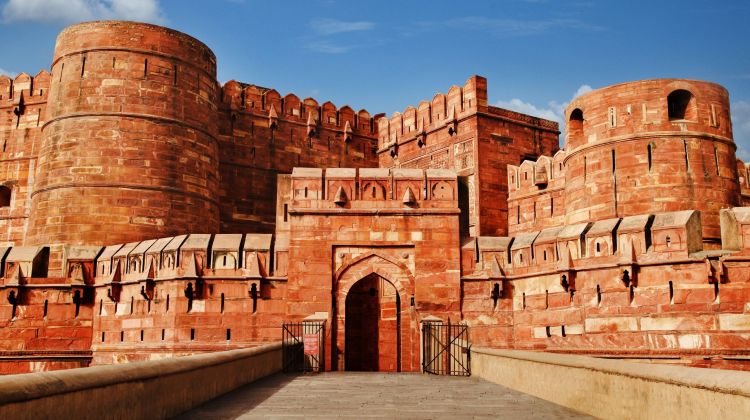 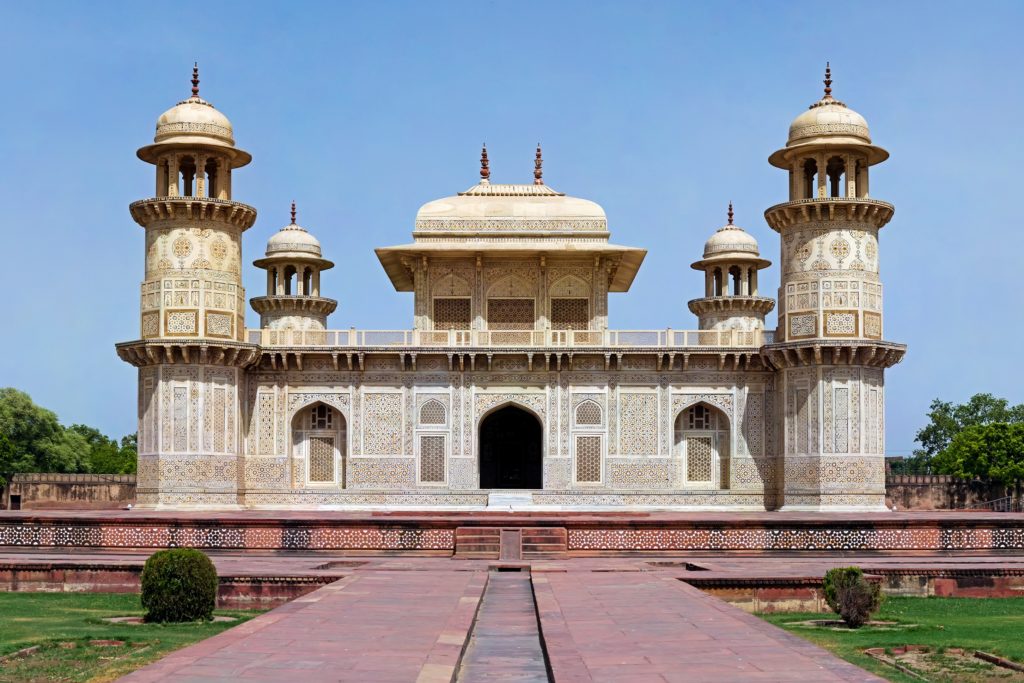 Welcome to the amazing tourism city of the TajMahal – Agra, India. Agra is one of the most popular tourist destinations in India. It is renowned for being home to one the Seven Wonders of the world, the Taj Mahal. It is as loved by Indians as it is by foreigners who throng here in large numbers to admire its beauty. A white marble tomb built in 1631 – 48 in Agra, seat of the Mughal Empire, by Shah Jehan for his wife, Arjuman Banu Begum, the monument sums up many of the formal themes that have played through Islamic architecture. Its refined elegance is a conspicuous contrast both to the Hindu architecture of pre-Islamic India, with its thick walls, corbelled arches and heavy lintels, and to the Indo-Islamic styles, in which Hindu elements are combined with an eclecticassortment of motifs from Persian and Turkish sources.

When you talk about Agra, one thing has to stand out – yes, the Taj Mahal. Agra is host to the only one of the Seven Wonders of the World in India, Taj Mahal, which makes the whole country proud. The most famous of the monuments of Agra, India is the TajMahal. TajMahal is a symbol of the devotion and dedication of love. TajMahal of Agra is a monument built by emperor Shah Jahan In the memory of her wife Mumtaz Mahal. TajMahal expresses the magnificence of Mughal architecture. The Taj has done wonders to Agra Tourism. Taj is a must in each one of the Agra packages offered by us.

The very first thing every tourist who comes to Agra wants to do is see the beauty that is Taj Mahal. No matter how many times you’ve been here, it will leave you mesmerized with its intricate carvings and architecture. The Taj Mahal is certainly the main attraction that draws millions of tourists to Agra every year and rightly so. Called the epitome of love, it was constructed by Shah Jahan for his beloved wife Mumtaz Mahal whose tomb rests right under the central dome of the monument. It took 22 years and over 20,000 workers to construct this marvel. One of the first buildings to be constructed in Fatehpur Sikri was the Jama Masjid, a mosque built according to Indian mosque architecture. It also houses the tomb of Salim Chishti, a great Sufi saint. Akbar, who was the founder of the faith Din-e-Ilahi also constructed Ibadat Khana in Fatehpur Sikri which was used for meetings. The Panch Mahal, a five-storey palatial structure was for the ladies and the Naubat Khana that had drummers announce the entry of the emperor were other unique structures in this city. Despite the lavish architecture and careful planning, Fatehpur Sikri was abandoned in 1585 after ruling it from 1571.

The city survived and three of its walled sides are still intact. Akbar paid keen interest in its architecture and layout and it took about 15 years to plan and build it completely. Once ready, it had palaces, harems, buildings, courts and a mosque. But one of the best architectural wonders of Fatehpur Sikri is the Buland Darwaza, a grand gateway to the walled city. Made of red sandstone, there are 52 steps that lead up to its 175 ft high archway that has two inscriptions. Akbar’s favorite minister Birbal too has a monument in Fatehpur Sikri called Birbal’s house. Since he was a Hindu, the architecture is different than the usual Mughal buildings. Agra Fort is one of the most special monuments built by the Mughals and has richly decorated buildings. It is the perfect example of the Mughal style of art and architecture and is one of the most visited tourist spots in Agra. Some of the major attractions in Agra Fort that will leave you mesmerized are structures like the Sheesh Mahal, Moti Mahal, Jehangir’s Palace and Khas Mahal. The fort has four large gate of which the Delhi Gate was used for the king’s formal entry. Diwan-i-Khas and Diwan-i-Aam were reserved for royal audience and the public respectively.

Also known as Lal Qila, Fort Rouge or Red Fort of Agra, the Agra Fort is a massive fortification located on the right bank of the river Yamuna in Agra, Uttar Pradesh, at a mere distance of 2.5 kilometres from the world famous Taj Mahal. Encompassing an entire city within its walls, this imposing structure was built in the year 1573 by Mughal supremo Akbar himself. Agra Fort was the main residence of the Mughal up to the year 1638 when the capital was shifted from Agra to New Delhi. An important architectural masterpiece of the Mughal Empire is Akbar’s Tomb. It is a mausoleum that houses the mortal remains of King Akbar. The tomb is situated in Sikandra, the outskirts of Agra and spreads over an area of 119 acres. The main tomb is surrounded by a beautiful garden that was designed by Akbar himself, in fact, Akbar was infamous as the king who was fond of gardens. His wife’s (Mariam-uz-Zamani Begam) tomb is also located in Sikandra about a kilometre away from Akbar’s Tomb.

Unlike the other tombs of famous Muslim kings around the world, the Tomb of Akbar is faced towards the rising sun instead of the Mecca. Akbar’s Tomb is a wonder to behold and one of the best examples of Mughal architecture. Akbar was a wise and just king, to visit his tomb is to pay homage to the man who was way ahead of his time during an era of stringent and ruthless kings. The main structure of the tomb is built out of sandstone and a portion is made from marble. Following Tartary traditions, that state that one must see-through the construction of one’s tomb themselves, Akbar lived through the construction of his tomb and built a beautiful garden around it. Although his son, Jahangir added a marble storey at the top to the tomb, thereby completing its construction. During the British Raj, Lord Curzon oversaw the repair of the tomb which cost the empire a large amount of money.

It is a tomb built with white marble in the typical Islamic style architecture. It was built by the Mughal Empress Noor Jahan in the memory of her father Itmad-ud-Daulah. It happens to be one of the must visit monuments of Agra.

This was the first structure to make use of pietra dura and the first to be built on the banks of the Yamuna River. It basically consists of Indo-Islamic architecture, with the use of arched entrances and octagonal shaped towers.