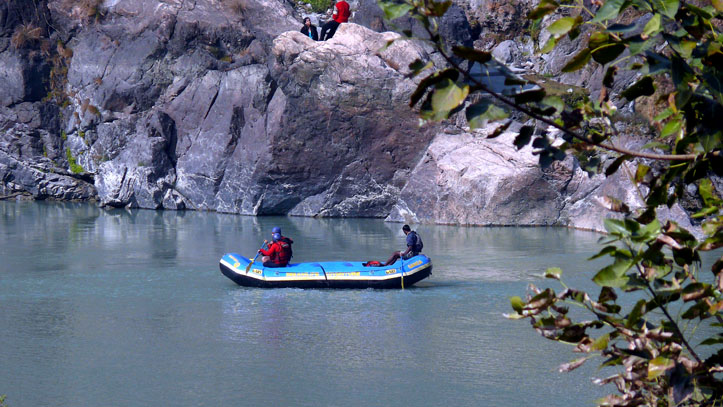 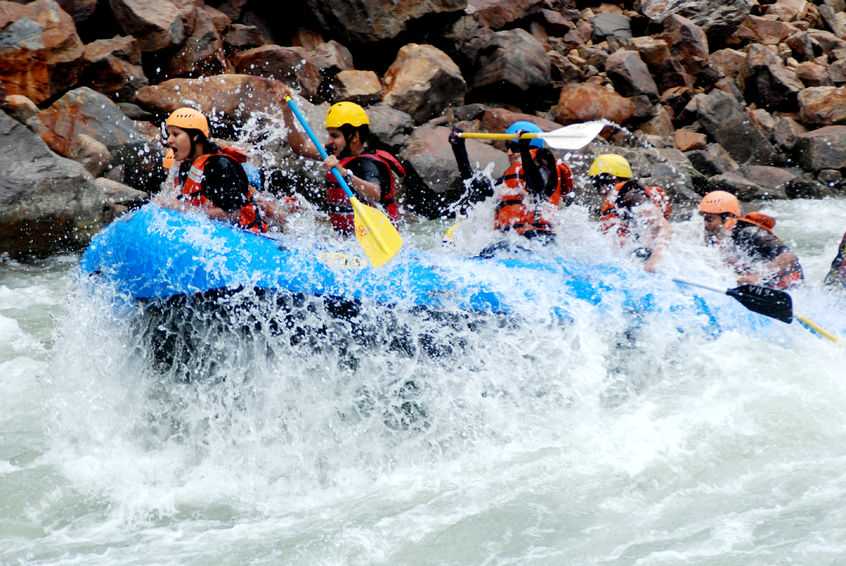 The Uttarakhand Tourism Development Board invites you to take up a journey to the state of Uttarakhand. We can confidently promise a couple of things. All your expectations would be met and the amazingly diverse and beautiful state would open up countless inconceivable dimensions of travel that might never even have occurred to you. Uttarakhand offers limitless opportunities for tourism and adventure. There is something for everyone – Pilgrimage, Temples, Wildlife tours, Bird Watching, Rafting, Mountaineering, Skiiing, Trekking, Camping, Yoga and Meditation and much more. Chopta is a picturesque hamlet which is still unexplored by travelers, is also famous as “Mini Switzerland of Uttarakhand”. The valley is a great place for adventure buffs and trekking enthusiasts, because trekking is a popular activity in the valley. During your trip to Chopta valley, you can take a trek to the nearby region of Deoria Tal. Deoria Tal is a very famous lake that is surrounded entirely by forests on all sides. This lake lies under Chaukhamba peak, and a trek to this lake can be taken provided you receive proper services from a guide in the region. You can stay near the lake for as long as you want to as many tourists camp out here. Corbett National Park, established in 1936 with the name Hailey National Park and renamed as Ramganga National Park in 1952, got its present name in 1957 after Jim Corbett, the famous naturalist and photographer. This is India’s first national park and beyond doubt the most attractive Park in India. The Park is placed in the foothills of the Himalayas, in the midst of lush greenery and uneven mountains with varying heights, ranging from about 1300 feet to nearly 4000 feet. It is believed that the place, mostly lying on the banks of Ramganga River, has prospered an ancient civilization.

The main attraction of tourists and wild life enthusiasts to this Park is that the majestic view of Tiger with all its wildness in this Park. This park is a natural habitat of the rare species of Tigers that are facing extinction. It is a place draws huge tourist inflow and offers excellent sightseeing. The headquarters of Project Tiger, Ramnagar is a good place to stay. Commonly known as the “Lake District of India”, Nainital is one of the most beautiful hill stations in North India. Surrounded by mountains on three sides Nainital is located around the beautiful lake Naini Tal. This lake resort is situated at a height of 1,938 meters. There are many legends associated with the place. According to one, Nainital has derived its name from the Goddess Naina while the other legend says that when the Goddess Sati lost her eyes, she was being carried by Lord Shiva and a lake was formed. (‘Naina’ means eyes and ‘Tal’ means lake.) This beautiful small town in surrounded by seven hills, popularly known as ‘Sapta-Shring’ – Ayarpata, Deopata, Handi-Bandi, Naina, Alma, Lariya-Kanta and Sher-Ka-Danda. The majestic mountains and the sparkling waters of the lake add an immense lot to the beauty of the town.

The city is a beautiful mixture of all the hues of nature. Naini lake is the pride Nainital and the many gaily coloured yachts on the sparkling lake have now become synonymous with this beautiful picture-postcard resort. A national level yachting competition is organized here during the season. Rajaji National Park is distinct for its pristine scenic beauty and rich bio-diversity. A paradise for nature lovers and wildlife enthusiasts, the wildlife of the park is blessed with elephants, tigers, leopards, deers and ghorals as its best known life forms. Three sancturies in the Uttarakhand, Shivaliks – Rajaji, Motichur and Chila were amalgamated into a large protected area and named Rajaji National Park in the year 1983 after the famous freedom fighter Late Sri C. Rajgopalachari; popularly known as “Rajaji”. Rishikesh, a most tranquil place in northern Uttarakhand, surrounded by hills and bisected by the wide and sluggish Ganges, is often claimed as the `Yoga Capital of the World’. Back in the 1960s Rishikesh gained instant fame as the site where The Beatles came to stay with their guru, the Maharishi Mahesh Yogi. It is an excellent place to meditate and study yoga. Rishikesh is also a good starting Laxman Jhula point for treks to Himalayan pilgrimage centres such as Badrinath, Kedarnath , Gangotri, Yamnotri.It is rightly called the gateway to the Himalayan Shrines of Badrinath, Kedarnath, Gangotri and Yamunotri. 7 Story Temple Situated 24 km upstream from Haridwar, at the confluence of the Chandrabhaga and Ganga,

Rishikesh has long been a spiritual centre. It is said that the sage Raibhya Rishi did severe penance here and as a reward, God appeared to him in the form of Hrishikesh, hence the name. Rishikesh has numerous ashrams, some of which are internationally recognized as centers of philosophical studies, yoga and meditation. One of the most popular tourist attractions in Mussoorie is The Mall (also known as the Mall Road), which is a slightly steep boulevard that has eateries and other shops lining its entire stretch. This walking tour will bring you the best in this lovely city. As you walk through here, you will be coming across a number of great attractions of Mussoorie. And introducing a unique way of exploring, the guide on this tour will be taking you to places in a manner of storytelling.

The pristine, natural beauty of Mussoorie makes it a very popular choice of holiday for honeymooners. If you want to enjoy the beautiful sight of the rolling green slopes juxtaposed with the snow-capped peaks of the Himalayas, Mussoorie is the place for you to be.

All Pacakages
JAMMU & KASHMIR Jammu and Kashmir is home to several Valleys such as the Kashmir Valley, Tawi, Chenab Valley, Poonch, Sindh Valley and Lidder Valley....
View Details
Available through out the year:

All Pacakages
HIMACHAL Himachal Pradesh is a magical place where the sun sets in paradise. Reorganized as the 18th Indian state in 1971, Himachal is located on...
View Details
Available through out the year:

All Pacakages
RAJASTHAN Rajasthan is one among the most attractive states found in India as it has a lot of tourism options receiving the attention of travelers...
View Details
Available through out the year: